CARR's challenge is to educate consumers, influence California's legislature and monitor the state's over 10,000 assisted living facilities by keeping tabs on the myriad citations and licensing factors issued by state inspectors. This is done in a transparent, public manner through its website.

CARR also wanted to facilitate easy consumer access to all of the licensed facilities within the state.

The first challenge was to select the best content management software (CMS) platform that would allow large database management with search functionality. Each entry of the database would be associated with multiple documents. Additionally, the CMS had to allow the non-technical personnel to create and maintain their own content.

Because CARR is donor-supported, a cost-conscious approach was mandatory.

The free, open-source, and widely used Drupal CMS bubbled to the surface over WordPress and many other platforms. Like Wordpress, Drupal is supported by thousands of developers. Unlike Wordpress, the plug-in modules are free and can be customized by the site developer. The database is fully accessible by rules-driven logic which satisfied our requirement to apply complex data analysis.

A category taxonomy was created enabling the editors to designate an article's placement. A search function, named Facility Finder, was developed that satisfied the visitor-access requirement of locating any actively-licensed assisted living facility in the state.

The site has been successfully active since 2009. 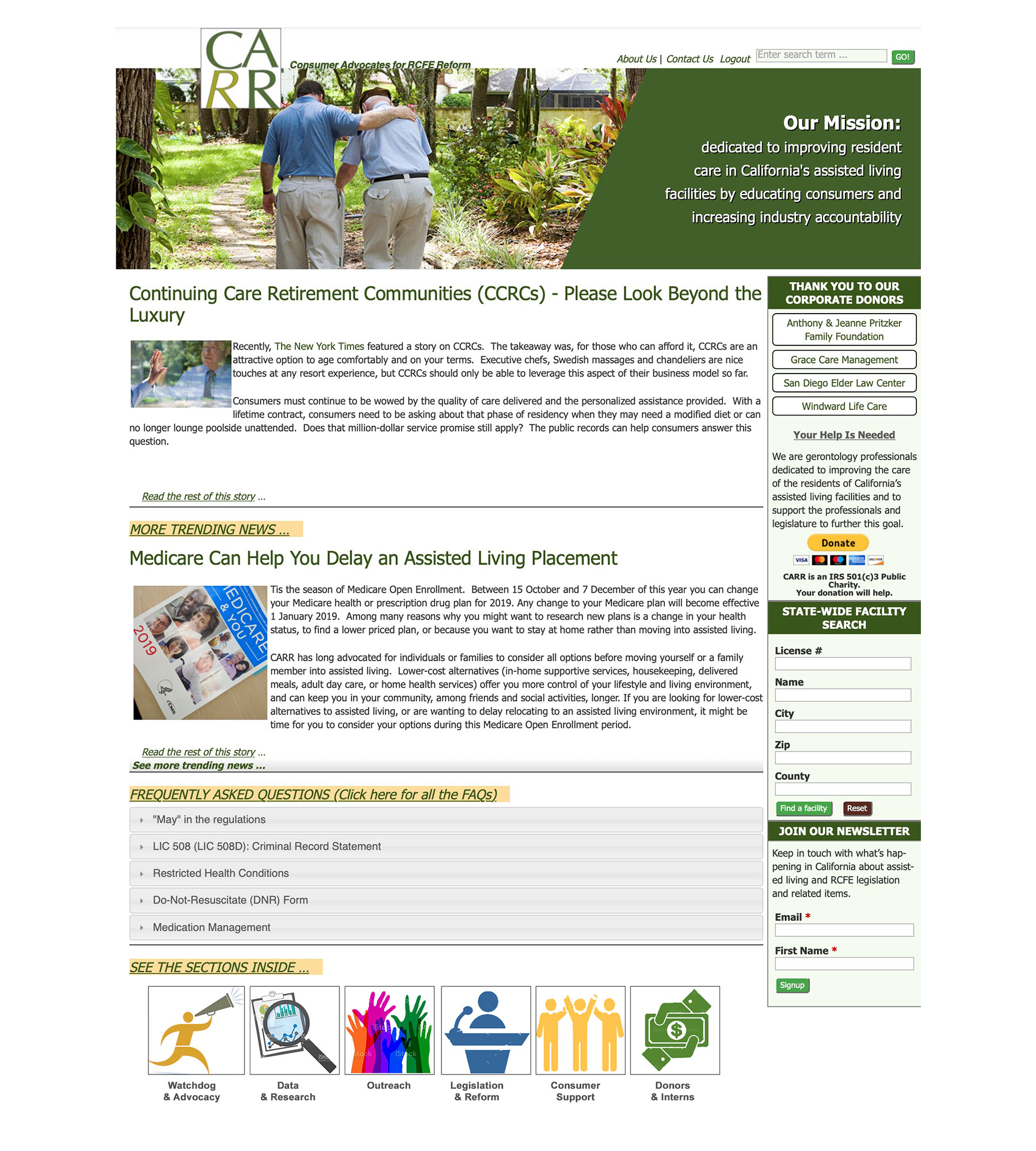